Cash for Power in Diablo III? 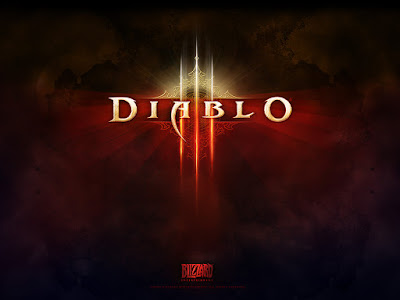 GameSpy reports that Diablo III will feature an in game auction house that will allow purchases with real life cash.  So, you will be able to buy the best gear in the game with cash, to include accounts/characters, allowing you to literally buy a more in game power with cash.

There is already an existing mechanism for such transactions today, but they are handled by shadowy third parties.  I believe that it is still technically against the terms of service (ToS).  So, even though this is possible today, there is deterrent in the form of a potential ban if you are caught.

Having a readily available auction house, blessed by Blizzard, will likely have a profound increase the frequency and breadth of such transactions.  Not only will it be legitimate, it will be convenient/easy.

This will probably be good news for those selling items, as they should have a huge customer base and much shorter turnaround for sales.  Whether that results in more overall profit is uncertain, but it seems likely.

When asked about the prospect of gold farming and botting of characters, Blizzard Executive Vice President Rob Pardo said,


"Yes, it will, and if it does and it doesn't really break the game -- if it gives players what they want -- what do we care? Who are we to interfere?"

I find this somewhat troubling simply because Blizzard works hard to stymie gold farming and character-botting in World of Warcraft, where they do NOT CURRENTLY profit from such sales.  They even went so far as to sue a company that made botting software.

Purity of the Game

I am happy to have everyone have a chance to enjoy the game and have fun, but given that there is a player-vs-player component to the game, this cash for power approach seems really screwed up.  Wining in such a situation should be based on your gameplay, not the size of your wallet.  And to those that say, "gear isn't everything", get back to me after you have your ass handed to you by someone clearly less skilled because they were pimped out in the very best gear right away because they have more disposable income than you.

Imagine if you have players complaining about their ability to equip their character through regular gameplay.  Now imagine how that population might diminish with the addition of the auction house mentioned above.  Then imagine how that reality might impact development decisions.  I can definitely see this scenario play out:


Customer Service: "We have a lot of complaints that Boss JoJo The Deadly Clown does not drop enough Barbarian items."

Development: "So what?  They have the auction house, so there is a path for them to acquire the gear if they have really bad luck.  We have more important stuff to develop."

Evil money grubber: "Yeah, and besides, the more screwed up the drop rates are, the more valuable the rare items are, the more reliant players will be on the auction house to get them,  and the more money we make." [And this is where he rubs his hands like Mr. Burns]

Basically, the bug becomes a feature as it becomes the more profitable option for them.

It's unsettling. It would be less so if the company did not profit from it.  But hey, it's not like I have veto power for Diablo III development decisions, so I guess I'll have to wait and see how it works out like everyone else.
Posted by Michael at 7:25 AM No comments: