Yelp, Rental Cars, and Breakfast - The Import of First Impressions 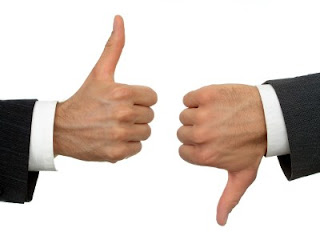 So, what do Yelp, Rental Cars, and Breakfast have in common?

Well, let me start with a tale of travel.

Shortly before my business trip, I was made aware that I needed to be in a different city...different enough that I needed to change my flights, hotel, etc.  There is confusion on the part of the American Airlines, and I end up having to take care of it in person at the airport.  I have maybe 50 minutes until my desired flight leaves when I get to the desk...no pressure. :P

The person at the airport has never done this.  She doesn't reveal that until we are 15 minutes into her unsuccessfully working on it.  I reach down and muster up more patience, smile, and roll with the punches, knowing that getting upset will only delay things further.

Eventually, my tickets get sorted and I mange to buy a quickie "to go" breakfast from the restaurant near my gate, where they are already boarding, and squeeze onto the plane on time.  The flight is crowded as is often the case nowadays, and I arrive at my destination sore from the contortions of sitting in coach class, but that is normal.

I spot the National rental car shuttle and race up to it, only to find it is full.  Fortunately, the next one is not, and I get to the lot.  They drop me off in the Emerald Aisle (a free membership that gets you into a car faster), and I am surprised to see that instead of a selection of cars for me to hop in and drive off (just like the commercials), I see a cluster of fellow travelers.

You see, normally, the Emerald Aisle means you get dropped off by a wide variety of cars that you can hop into, drive to the gate, and be on your way in less than 5 minutes.  Not today.

So...we wait.  There is quite a lot of confusion about who is next...and rain is starting to fall.  Did I mention we were not under a cover?

Finally, a car is pulled up for me.  I open the trunk to put my bags in and find it is covered in sand and debris.  After a short while, another car is brought out.  It's not very clean, it's small, and it's a little worse for the wear, but hey, at least it's a Ford with Sync, so I can hook up my music player via USB and rock my way across Connecticut (why does rocking my way across CT sound like cognitive dissonance?).

Did this impact my desire to use American or National?  Not one bit.  I have had consistently good experiences with them for years.  This was absolutely an outlier.  And frankly, most of the issues with American started with last minute changes prompted by business requirements.  These experiences would need to be repeated before I would question the choice.

And yet, I don't treat restaurants the same way when it comes to Yelp.

I generally won't write off a restaurant from a single visit unless it is a very bad experience.  People have good and bad days, and sometimes a bad experience at a restaurant can come down to a single person, whether that be the cook, server, manager, bartender, host, etc.

However, there are many times I will only visit a restaurant once, e.g., when I travel.  In such a case, I have to decide if some data is better than no data.  Now, as a former scientist, I would prefer a good set of data, but then I remind myself that I am but one data point in a sea of data points and most of those other data points are based on a single experience.  So...it should all work out in the end.  A generally good restaurant gets better reviews on average and a generally bad restaurant gets worse reviews on average.

For example, while traveling in CT for work, I ventured out to a highly rate place called O'Rourke's Diner for breakfast this week.  After a gauntlet of mediocre restaurants, I did not have my hopes very high.  The place blew me away.  It was awesome and surprisingly Irish.  Sure, maybe *you* expected a diner with an Irish name to have Irish food, but I merely expect a diner to have eggs, bacon, and mundane choices of toast.  It was really cool to experience what I will call an Irish diner, for want of a better label.

I wish they would build one where I live.  If I ever travel in the area again, I will absolutely make an effort to go back.  So I gave it five stars!  Was it an unusually good day for them?  I don't know, but I doubt it. I ended up there because of high ratings and, unlike the other highly-rated places I visited over those few days in CT, this place actually deserved it.

Seriously, if you get anywhere near Middletown, CT, give this place a try.  Now, back to the discussion.

Basically, I err on the side of contributing to more data.  That means that there is a greater importance placed on the meals I eat when traveling.

It just reinforces the conventional wisdom that first impressions are important.  They bias your future experiences.

My experiences with National's Emerald Aisle had been wonderful until this week; that makes me more forgiving of occasional lapses.  My experience with American Airlines has also been good.  Well, that's relative; being crowded into coach class in a 90%+ full airplane is hard to describe as good...maybe "sucks the least" is a better choice of words.  Again, with them I am now forgiving of occasional lapses.

And as for places like O'Rourke's, well, they are off to a great start and if my next visit was not as good, I would be more likely to give them another shot or two before considering adjusting my Yelp rating for them.

So, to all of those businesses where I will be a one-time customer, please do your best to be consistent.  Then the first impression will be accurate and the ratings will always be fair. :)
Posted by Michael at 8:00 PM

Email ThisBlogThis!Share to TwitterShare to FacebookShare to Pinterest
Labels: philosophy