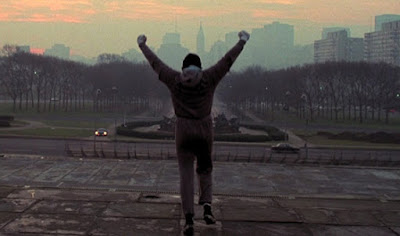 I firmly believe that community colleges are a vital part of the American dream and keeping our country strong.  If not for community college, I am not sure I would have a PhD or have had the chance to conduct research with a Nobel Laureate.  There are many reasons for this, most of them are personal. Time to share...

The Makings of a Disengaged Punk


When I was young, I was a bit of an arrogant punk (I like to think I am less of one now).  Not a piercings-and-mohawk punk, but more of an "I am too cool for school" sort of punk.  Many lessons in life encouraged me to question everything, and that included "the system".

In many phases of my life, I was able to excel without attending school and that had an impact on my discipline.  As I neared adulthood, I was very smart but lacked discipline.  That was my first brush with community college.

In a strange twist, I blew off high school to goof off at the local community college, which I paid for by working at fast food, data entry, and even manual labor.  With the attitude I had developed, I earned the worse grades in my life, but they were still adequate grades.  Looking back, I feel bad for the teachers that had me in their class back then; I did them, and myself, a disservice.

But I learned an important lesson.  In college, I might actually need to pay attention, attend class, and work hard to excel. A "hard knock" indeed.

A Sense of Service


For most of my life, I have always had a desire to serve others.  My father retired from the US Air Force and, as I neared adulthood, both of my brothers had enlisted in the Air Force as well.  And that certainly must have fed this.  It did not hurt that, as a child, I grew up revering the myth of King Arthur and knights in shining armor.

These inspirations, along with a desire to get out of the house and strike off on my own, led to my enlisting as soon as I turned 18, as an Airborne Combat Medic in the US Army.  At the time, I planned to become a Special Forces Medic and spend my life in the military, so I signed up for minimal college benefits.

[It was the GI Bill, but the GI Bill of my generation was anorexic compared to most others.]

The Army was good for me.  I resumed my pursuit of excellence and relentlessly pursued (and achieved) honor graduate status at every turn.  I was done being a punk.

Now, you may have noticed that you are not reading my memoirs of being in the Special Forces, so you may have guessed that path was not taken...life threw me a curve ball.

By the time I had earned a high enough rank for Special Forces, I was married and I already knew that choosing the SF path would be tantamount to asking for a divorce and I have too strong of a sense of commitment to do that.  So, with a recommendation from the Physician Assistants at the Troop Medical Clinic, I was off to nursing school.

It made sense to get out after I received my training, due primarily to familial obligations.

But there I was, on a path I had not planned, with only a trickle of money for college.  Not exactly the ideal launching pad for a PhD.

A Need for Accessible and Affordable Education


Fortunately, I left the Army with a nursing license in hand.  So, I started working full time.  I had little money to spare and little flexibility in my schedule, but I wanted to pursue an education and I wanted to insure all opportunities were available along that path (Learning from my shortsightedness earlier in my life).

However, the GI Bill would not cover the costs of a university or even a four-year college.  I needed something within my budget and that could fit around a full time work schedule.

Community College gave me that opportunity.  In fact, I returned to the same one I had attended when I was a punk - Richland College.

This time around, though, I was serious.  I was able to find classes that fit my schedule and my budget.  So much so, that I was able to complete the lower level requirements for a host of science and engineering degrees, to keep my options open.

And it was here that I met a teacher that I fondly remember - Dr. Burnham.  His class stands out in my mind as the exemplar of a challenging course that pushed me very hard, but never left me in the dust, tried to intimidate me, or confused me.  I worked my butt off to get that "A" and it was amazing.

Because of him, I *almost* settled on Chemistry as my major.  Funny story, he was one of my teachers when I was a punk, too, so he knew better than most the journey I had taken (that led to an unusually entertaining and genuine recommendation letter).

So I can confidently check the box of "quality education" at a community college.

It might be nice to fall into the trap of thinking I am so amazing that I would have made it happen regardless.  Maybe.  Maybe not.  But I know the path I have taken, and I know that community college was critical to my success.

And I have seen it time and again with friends and colleagues.

Community college is a vital part of providing educational opportunities to people, especially people with limited means and time.

So, yes, I am a bit passionate about it, but I have good reasons.
Posted by Michael at 11:52 AM