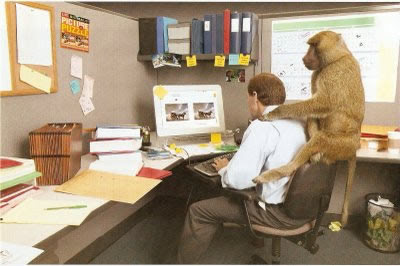 Note: if you are looking for decaf options, check out my post, titled Decaffeination Disparities; not all decafs are created equal.

I got the caffeine monkey off of my back almost two years ago now.  Don't get me wrong, I occasionally have some caffeine, usually in form of decaffeinated tea (it's not zero caffeine, just a lot less).  That said, I currently try to consume less than a tenth of what most of my fellow Americans are consuming.

The Mayo clinic cited 200-300 mg/day as a healthy amount; they say 500-600 mg/day is when you are getting to unhealthy levels.  I believe that their data is probably skewed by the fact that the vast majority of Americans take in a lot of caffeine and, given the physiological effects/modification that result, are probably more tolerant/desensitized.  As such, I think that those numbers are actually probably high for a healthy person that does not consume caffeine regularly.

Around 100 mg is generally considered the amount where you would see a clinical effect.  After almost two years of little to no caffeine, I can feel a distinct effect from as little as 30-40 mg of caffeine.

I usually have no caffeine in a given day and, when I do, it's in the form of decaffeinated tea or a small amount of regular iced tea, and never after lunch time.  That has contributed to a much higher quality of life for me.  I used to have the occasional migraine, which is what catalyzed my experiment with quitting caffeine.  I have not had one migraine since I "quit" caffeine.

It's hard to get an avid caffeine-drinker to understand.  Hell, the soda-chugging me of yesteryear would probably not understand me.  And a lot of that disconnect comes from self-rationalization of what we like to do, with a healthy does of the human impulse to correlate data even when it is an incorrect correlation, the same kind of thing that leads to superstition.

When I get up in the morning, the only thing I need is a glass of water, I am not held hostage to caffeine.  I am less stressed/anxious.  My sleep cycle is more regular and normal.  And I feel a lot more coherent than when I was an avid consumer of caffeine.  I highly recommend it.

One nice outcome of this is that if I actually need to stay up, I can drink a single cup of tea or can of soda and it will actually be enough to keep me up for hours past my regular bed time.  So, for me, caffeine has once again become an effective tool when the need arises.

If You Quit, Give It Time

But if you do try it, don't sabotage the result by quitting early.  It will take a long time for you to truly adjust.  I would argue that until you have been off of it for a year, you can't really judge.  And, of course, you will probably have to train yourself to start drinking more water.  For many folks, much, if not most, of what they drink is a caffeinated beverage and when they stop, they just eliminate that beverage entirely.  Be sure you are drinking a healthy amount of water.

How much water is a healthy amount?  Here is a Mayo Clinic page on that topic, as it varies.  All I can say is be sure not to count alcoholic or caffeinated beverages in your tally.  Because of their diuretic effects, it's best to simply not count them as part of your water intake.

I highly recommend weaning.  Just dial back your caffeine each day.  Cut it by 1/2, 1/3, or 1/4 each day, whatever works for you.  Pay attention to your body.  If you start getting headaches, get into a foul mood, or lose mental clarity, consider having a small amount to take off the edge.

Monkeys can be cute and funny, but there's nothing funny about a monkey on your back, especially when your back starts to smell like monkey scrotum.

Do the math, think about your health and your dependence of caffeine, and if you feel it's right for you, join me in the land of little caffeine. :)
Posted by Michael at 8:30 PM