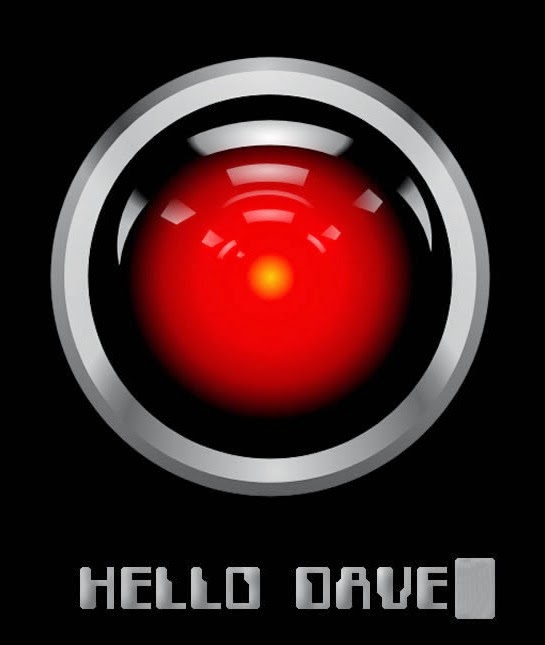 It was time to take the plunge and set up my Galaxy S5.  In the past, changes like this could be painful and time-consuming.  I am happy to say that was not the case here, but there were some lessons learned.

The Basics Practically Set Themselves Up (Email, Contacts, Calendar, Notes)

Luckily for me, I have been standardizing on "cloud-based" data and applications, which is to say, the important data lives on a server somewhere, as opposed to my phone being the only source.  So, increasingly, my phone is merely a portal through which I view my data or send new data I have created.  If my phone turned into a puff of smoke, my data would still be fine.

I was prepared to make a long list of entries on how to set up my phone, but it was remarkably easy.  I entered my Google credentials and a lot of things were magically done for me.

This was quite a departure from my iPhone, which required a little research on the Internet to successfully set up my Email, Contacts, Notes, and Calendar.  Even then, the notes were a clumsy workaround.

It is worth noting that for notes I am making the switch to Google Keep.  I use Evernote for important stuff, the notes I would use Keep for are the types of things I would jot down on a Post-It Note(TM).

Note: If I was not a Google user, this all may have been more difficult.

Setting Up Default Applications is Natural and Easy

I really enjoy the very easy, natural establishment of default applications.  For example, if you click a URL, the S5 pops up a window asking which browser you want to use, along with the choice of "always" or "just once".  That is even more flexibility than I expected or needed, but the important thing is that I don't have to hunt through settings to set up these associations.  I click on an URL, I choose "Chrome", and click "Always"...done.

I made the switch to Google Music Manager and my songs are all "in the cloud", so there was nothing to do.  The phone had my Google credentials, so this was another automagically easy-to-set-up feature.

I have had very little experience with the Play Store, but I like it so far.  I cannot tell you how many times the iTunes store asked for my password, but I can tell you it was a lot more than I wanted.  What was worse was that it was often at odd or inconvenient times.  For example, I click to install an application and go off to do something while I wait, only to come back and see iTunes asking for my password again.

It was time for the S5 to dazzle me with its capacity for customization, and it did not disappoint.  I started playing around with my home screen and layout.

So, at first, I was a bit nervous.  I had the following:


The widgets were basically multi-icon panels that ate up quite a bit of screen space.  While they were pretty and probably desirable to others, for me it was just cluttered; good thing I could change it.

I played around with My Magazine, S Health, and Geo News.  I opted to kill them all off *and* I was allowed to do so (and it was easy), which was very nice.  I doubt if my iPhone would be so kind.  I remember all of the applications it would not let me delete and thus (because of how iPhones work) not let me remove the icons.  I really hated that about the iPhone; it was part of that "we know what you want to better than you <pat head>".

The only widget I opted to keep was the Google Search, because that enabled the ability to say "OK Google" and fire off a web search.  I might kill it, as it is a little redundant with S Voice, but for now it's OK.

For me, this is a great improvement over my iPhone layout.

A Trick, of Sorts - Moving Rows Around

I found that my S5 did not auto arrange icons as the iPhone does, which is not really better or worse, but you have to get used to it.  It did prompt me to figure out a way to relocate rows quickly.

One way to re-locate rows quickly, if you have a blank row, is to use a widget that takes up a row and just use it to swap rows around, then delete it when you are finished.

For example, let's say you just you freed up the top row of a screen and you want to shift three rows of icons up so you can add things at the bottom.  Well...you can slot a widget that takes up a row in that spot, then move it down a row, let go, move it down a row, let go, and so one, basically swapping the rows one at a time as you go.  It's way faster than relocating nine icons, one at a time.

VPN - There's An App For That, on Android

Setting up my private VPN was usually tedious on the iPhone.  On top of that, I had to open Settings whenever I wanted to use it and I had little choice on how to use it.

Well, in the version of Android on the G5, my VPN provider has created an application that manages my VPN.  I provide my basic credentials and my VPN provide automagically does the rest.  Even better, I get an icon on the home screen and a lot of more sophisticated features, like an optional kill switch for Internet access when the VPN is not connected.

On my iPhone, notifications were a pain.  If I accepted defaults, my phone would light up with a raging river of notifications.  Not so much on my G5.  It seems to take a more conservative approach to notifications and, so far, I greatly prefer it.  We'll see...

So Far, So Good

Well, that was the major stuff.  So far, I am happy with the change.
Posted by Michael at 9:00 AM