The Transformative Nature of Amazon Prime 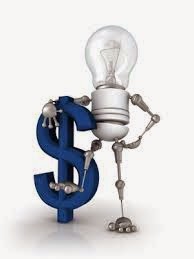 About three weeks ago, I was poking around for a good dish drainer for the (relatively) new house.  I was not satisfied with the stuff I could get locally and, within minutes, I found a great choice online.  Among the choices of places to order it was Amazon.  They also happened to have one of the lowest prices.  So, I headed over to Amazon to investigate.  The drainer cost was a mere $20, but the shipping and handling was NINE dollars for regular shipping and I wanted it as sooner.

And then there was that little nag to try Amazon Prime for free.  Normally, I blow off the free trial membership for Amazon prime.  In general, I sort of hate those kinds of things, because I feel like the merchant is just trying to shake me down for more money.  However, this was just the right combination of factors to encourage me to give it a try, if only for the free 2-day shipping on this item.

Well, as soon as I flipped that switch, Amazon became part of my shopping process.  I went to Petco to pick up some stuff and, out of pure curiosity, checked if the items I wanted were on Amazon.  They were. Not only that, but they had more selection and fantastically better prices.  I saved $23 on what would have cost around $100.

That same day, I picked up Titanfall for my nephew and saved $5.

The next day, I found the little doggie poop bags we use at a fifth of the cost we normally pay at local pet stores.  I ended up with about an 18-month supply for what I might normally spend for a few months.  So, if I take 2/3 of what I spent, that is about $40 saved for the year.

It's Really Easy to Buy From Amazon

Once I had the Prime Membership, I installed the Amazon app on my phone and it makes it very easy, perhaps too easy, to look up things and buy them with a single click.

Not Everything is Prime...

I came to learn that not everything qualifies for Amazon Prime, but so far I have not been affected by that. There is also a handy filter for Amazon Prime items if you want to insure that you take advantage of it when you shop.

Without accounting for the savings in shipping or the time and money wasted hunting down these items at local stores, saved over $120.  Which is to say, in just a few weeks I have saved more than the cost of the annual membership ($79 when I bought it, but it recently went up to $99).  Admittedly, I am not always buying things at this rate, but it's nice.

Basically, it translates into a frequent shopper rewards program with an up front investment.

I had no idea that the membership included access to free books and video-on-demand.  But it does.  Is it as comprehensive as, say, Netflix?  I don't know.  I don't think so.  According to the interwebz, it is not as good as Netflix yet, but, it is competitive.  Since this is more free stuff from my perspective that's just icing on the cake.

And they have app for my Xbox One, so it's as easy for me to use as my Netflix.  However, I understand that they lack applications to deliver content to Apple TV, Chromecast, and some Android Devices.  That's not overly surprising, giving that iTunes and Google Play are competitors, but I expect that it will be resolved.  Or not.  It works where I would use it - PC and TV (via my Xbox One), so it's great for us.

What Did I Learn?

Email ThisBlogThis!Share to TwitterShare to FacebookShare to Pinterest
Labels: shopping